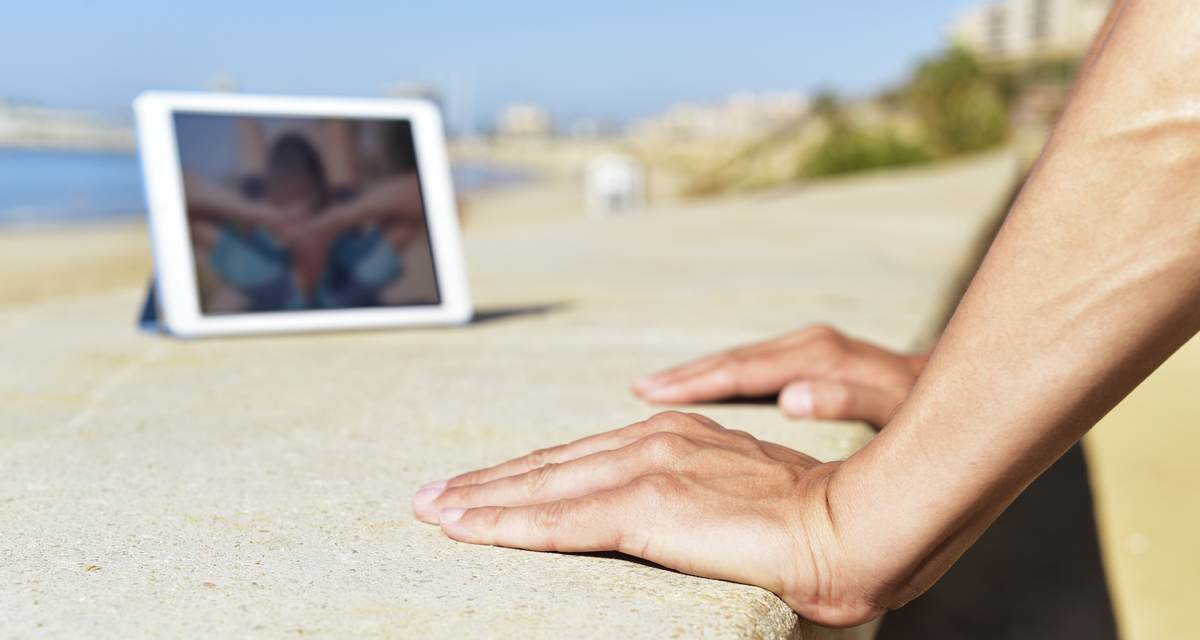 In 2016, it was reported by UPS that individuals ages 18-34 made about 54% of their purchases in the span of three months online. When digital options are available, brick and mortar locations experience less foot traffic. For instance, attending fitness classes was once a popular thing to do in America; however, since technology has become a bigger part of our lives and smartphones and mobile applications have made our lives more efficient, the attendance at fitness facilities has been declining.

Popular content hosting and streaming services have made it easier for consumers to receive the product or service they are after without expending as much energy or even leaving the house to obtain it. Time constraints on individuals’ lives might prohibit them from attending events or having experiences that they wish they could participate in, which is why there is an increasing interest in platforms that give consumers the ability to have access to content anytime, anywhere.

For example, Netflix accounts for nearly 40% of all bandwidth in America and has around 125 million users worldwide. Because Netflix empowers consumers by giving them the ability to receive the content they want anywhere at anytime, Netflix controls 75% of the consumer streaming services market in the U.S.

Recently, companies have been looking to blockchain technologies to provide content hosting/streaming solutions for their users. Blockchain technologies allow content creators to upload and store content on a public blockchain network where developers can create smart contracts that can be conditioned to release content to network users once certain conditions are met. With the example of declining gym memberships in mind, these two elements of blockchain technologies can open up doors for retail consumers interested in participating in fitness classes, sport lessons, or receiving tips and for professionals interested in providing their services to an audience looking to personally develop.

Instead of paying for a gym membership, a personal trainer, or fitness classes, blockchain technologies allow users to have access to the same experiences without ever having to leave their houses. Users will be able to connect to the public blockchain and simply download or pay for access to the same professional direction they would receive at a gym. Well-known personal trainers can upload their content to the blockchain so that individuals anywhere in the world can follow their regimes.

Blockchain communities can even allow you to earn additional rewards as compensation for donating your time and resources to the blockchain. For instance, SuccessLife’s public blockchain allows content creators to reap rewards in the form of SL tokens for being the creator of the popular content that is frequently accessed. Holders of SL tokens will be able to spend their SL tokens for access to exclusive developmental and educational content. Because the blockchain allows content creators to own 100% of the content they publish and the revenues that come with it, and consumers to have access to the content they desire at the touch of a button, blockchain technology has the potential to turn the struggling brick and mortar fitness/sports world on its head.

A popular fitness figure could move her operation from a brick and mortar operation that takes a percentage of their revenue for renting out the space/working through its gym, and take her services to the blockchain. Because the content on a public blockchain is accessed directly by peers and is not facilitated through a third party like a gym, fitness instructors/content creators could effectively charge less for their lessons while collecting more in revenue.

Ultimately, blockchain technology could open the door so that consumers no longer have to leave their house for the same professional fitness expertise that they receive when they pay for costly gym memberships. Think of it as the platform that Peloton has created, on steroids.

Darren Heitner is the Founder of South Florida-based HEITNER LEGAL, P.L.L.C. and is the author of How to Play the Game: What Every Sports Attorney Needs to Know (Second Edition).

A Complete Guide to Using ForkDelta (and its Connection with Etherdelta)